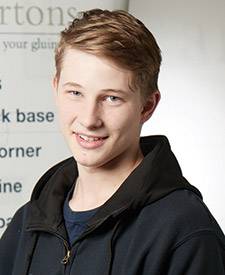 Ryan Trimmer became fc cartons first apprentice back in July 2016 in a new and exciting role of Apprentice die cutter.

Ryan joined us after completing a 12 month engineering course at nearby Derby College and being the standout candidate at the interview stage here at fc.

This was a new venture for both parties and was something that we had been looking to introduce for some time. Ryan bought into our guiding principles and core values from day one and continues to do so on a daily basis. I am a great believer, that in life what you put in you get out and Ryan has been a credit to himself and his family throughout his apprenticeship here at fc and has become a hardworking and respected young man who is well liked by the rest of the team.

Ryan’s Development has been greatly assisted by Machine Operator Steve Furniss. With over 20 years’ experience in the packaging industry, Steve has been instrumental in his progress and has enthusiastically imparted his knowledge and allowed Ryan to develop the skills required to continue the next generation of Die cut operators.

Ryan will gain an NVQ Level 2 in Performing Manufacturing Operations. He has studied in the workplace and been observed by his external mentor.

We hope to share Ryan’s success story with local schools, colleges and even local sporting teams in the area to showcase the opportunities here to join the fc Team to further develop their own potential and provide a path to a skilled trade which will safe guard theirs and possibly our future. We hope that Ryan’s story will illustrate to other young people that work place study through the Apprenticeship scheme is a real opportunity 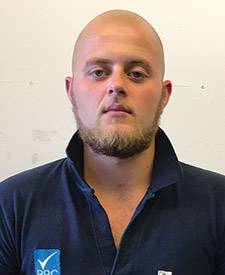 Curtis Greensmith has re-joined the team after a loan spell outside of the Premier League!!

As an experienced machine assistant Curtis joins us 18 months on and has fitted seamlessly back into the shop floor banter as well as providing us with his knowledge, commitment and work ethic.

Welcome back from all the Team!!